Click the link below for the Winter 2018 Teen Newsletter and see what books will be heading to theaters soon, YALSA’S Teens  Top Ten list for 2018, volunteer opportunities, and so much more! 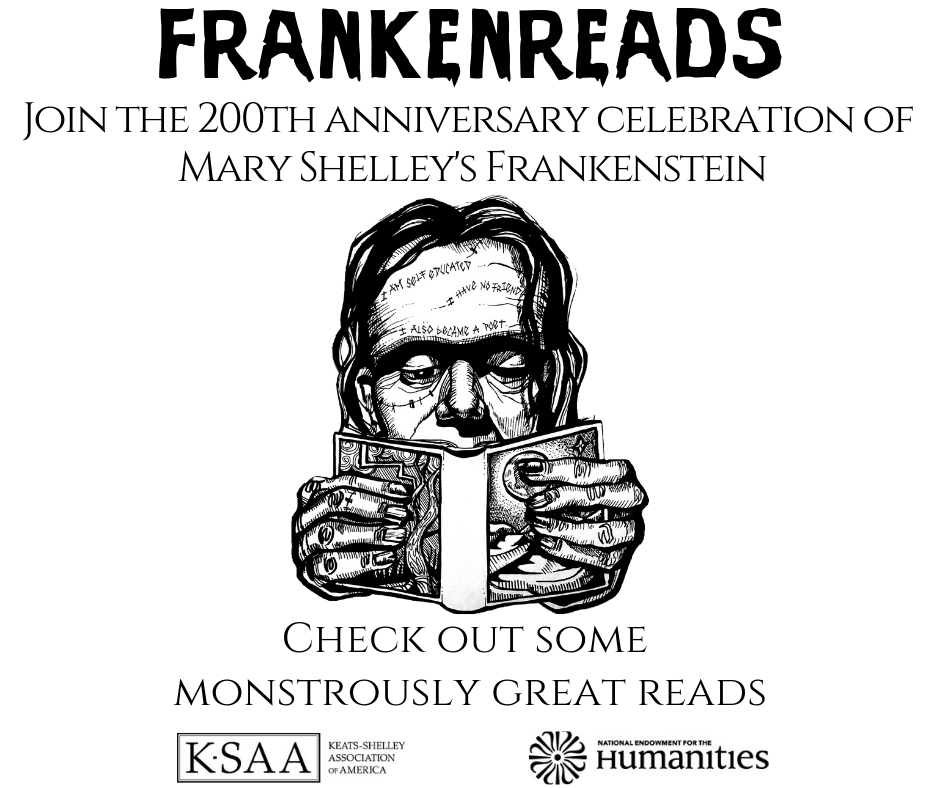 It’s Frankenweek! This year marks the 200th anniversary of Mary Shelley’s Frankenstein, or, The Modern Prometheus. 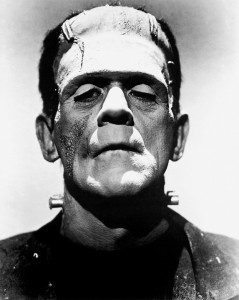 Frankenstein was born on a dark and stormy night: the product of a ghost writing contest in June 1816 when Mary Shelley was 18 years old. In the introduction to the revised 1831 edition, Mary Shelley says the idea for Frankenstein came to her in a dream:

I saw — with shut eyes, but acute mental vision, — I saw the pale student of unhallowed arts kneeling beside the thing he had put together. I saw the hideous phantasm of a man stretched out, and then, on the working of some powerful engine, show signs of life and stir with an uneasy half-vital motion.

She initially published the first version anonymously 1818, which she titled Frankenstein; or, the Modern Prometheus. In 1823, her name appeared on the second edition and in 1831 she republished Frankenstein, changing some passages. This is the version that is best known today. 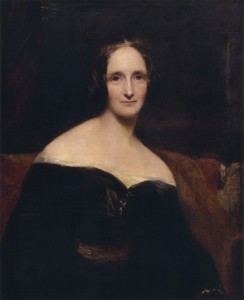 And, thus, 18-year-old Mary Shelley became the mother of the horror genre as we know it. So well-loved is Shelley’s Frankenstein that many adaptations, revisions, and restagings exist for readers (and viewers!) today. We have a wide variety of Frankenstein-esque options for the whole family at the library. From DVDs (Young Frankenstein, Hotel Transylvania) to non-fiction books (Making the Monster; Mary Shelley: The Strange, True Tale of Frankenstein) to children’s books (Frankenfrog, Frankenstein Makes a Sandwich) to fiction (Pride and Prometheus), and even Graphic Novels (Frankenstein: the Graphic Novel)! Stop by the library this week to see our monsterously good display of Frankenstein and Franken-like books! We will have the display up through Halloween!

Frankenreads is an NEH-funded initiative of the Keats-Shelley Association of America and partners. 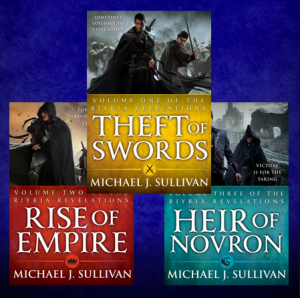 While I enjoy a good fantasy novel, I am often leery to read one without a specific recommendation due to the prolific violence, language, and sexual content many contain within. I first became aware of Michael J. Sullivan’s Riyria Revelations series when I noticed it constantly mentioned on various top literary lists. Next, I read an interview discussing the origins of his series and his desire to write books all ages could enjoy without the deterrent of content restrictions. Intrigued, I began reading the first book and quickly ordered the rest before I’d even gotten halfway through.

Originally self-published as six books, Orbit picked up the series and republished them as three separate volumes: Theft of Swords, Rise of Empire, and Heir of Novron. They follow the adventures of two thieves who unwillingly become entangled in political conspiracies when they are framed for the murder of the king. Each book consecutively builds upon the series as the plots begin interweaving and developing in twists and turns. And while there is magic, it is not the center of the story as is seen in many fantasy novels. It adds to the story rather than defines it.

The Riyria Revelations are written with the perfect balance between humor and action. They are perfect for any reader who loves fantasy or simply a fun, action-filled plot.  For other readers who wish to branch out of their normal reading interests and explore the fantasy genre, this is an excellent place to start.

For more information on the author and books visit: http://riyria.blogspot.com/p/about.html

We kicked off PBS’ Great American Read on Monday with a display in the library featuring staff and community member’s favorite books from the list.

The Great American Read is a nation-wide program celebrating reading and the books that have inspired, moved and shaped us.

The library has copies of many of the books in print and ebook formats:

You can vote for your favorite Great American Read books here through October 18.

E-Books The Detective’s A... more

New YA Fiction The Queen of... more