Will Trent series by Karin Slaughter 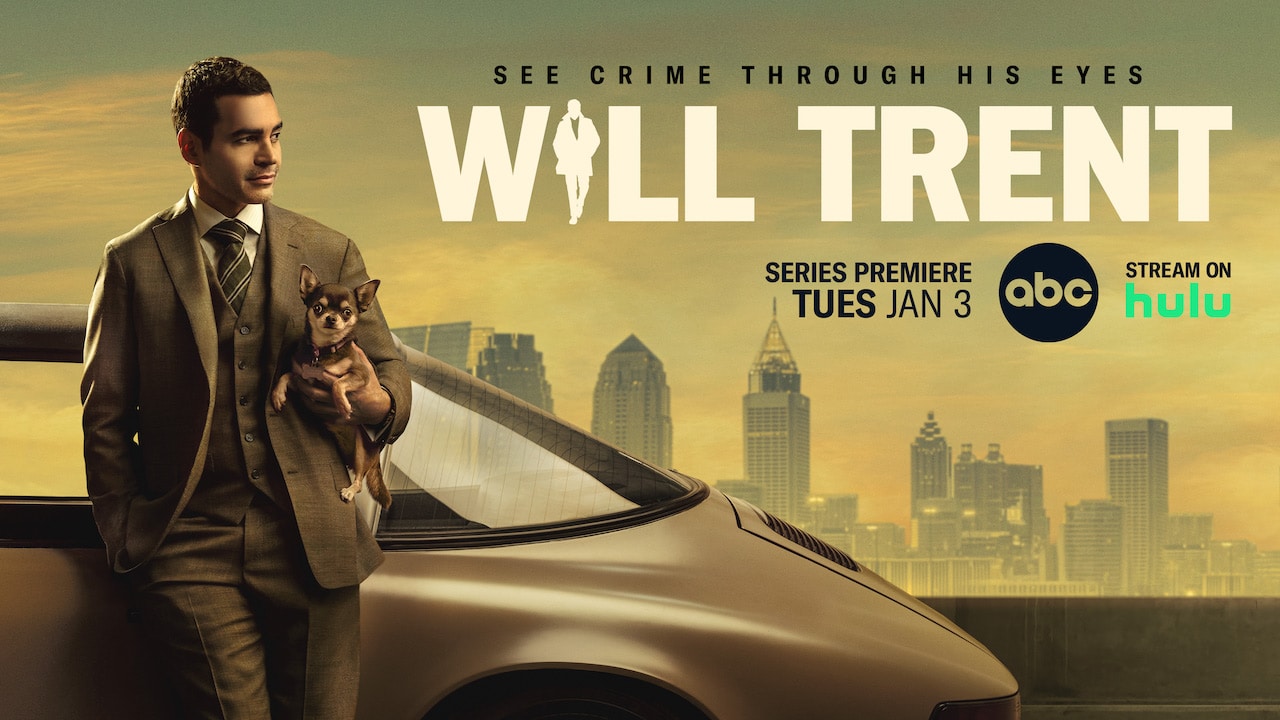 Special Agent Will Trent was abandoned at birth and endured a harsh coming-of-age in Atlanta’s overwhelmed foster care system. Determined to make sure no one feels as he did, he now has the highest clearance rate.

The Lying Life of Adults by Elena Ferrante

Giovanna’s pretty face is changing, turning ugly, at least so her father thinks. Giovanna, he says, looks more like her Aunt Vittoria every day. But can it be true? Is she really changing? Is she turning into her Aunt Vittoria, a woman she hardly knows but whom her mother and father clearly despise? Surely there is a mirror somewhere in which she can see herself as she truly is.

The Subtle Art of Not Giving a #@%! by Mark Manson

Woman of the Dead by Bernhard Aichner

Female driven revenge thriller based on the eponymous novel by Bernhard Aichner.

A world-weary detective is hired to investigate the murder of a West Point cadet. Stymied by the cadets’ code of silence, he enlists one of their own to help unravel the case – a young man the world would come to know as Edgar Allan Poe.

Follows a neurosurgeon who discovers that she is the unlikely heir to a family of witches. She must contend with a sinister presence that has haunted her family for generations.

The Amazing Maurice and His Educated Rodents by Terry Pratchett

This story follows Maurice, a goofy streetwise cat, who has the perfect money-making scam. He finds a dumb-looking kid who plays a pipe and has his very own horde of rats, who are strangely literate.

Otto is a grump who’s given up on life following the loss of his wife and wants to end it all. When a young family moves in nearby, he meets his match in quick-witted Marisol, leading to a friendship that will turn his world around.

(based on various manga tales)

From the mind of horror manga maestro Junji Ito comes a spine-tingling selection of some of his most bizarre, disturbing and terrifying tales.

The 1619 Project: A New Origin Story created by Nikole Hannah-Jones

Connects the centrality of slavery in history with an unflinching account of brutal racism that endures in so many aspects of American life today.

A tiny startup, run by two teenage boys and a newly arrived, supremely psychically gifted girl, a renegade trio destined to unravel a mystery that will change the course of history.
Jan 27th/ Netflix/ Put on hold 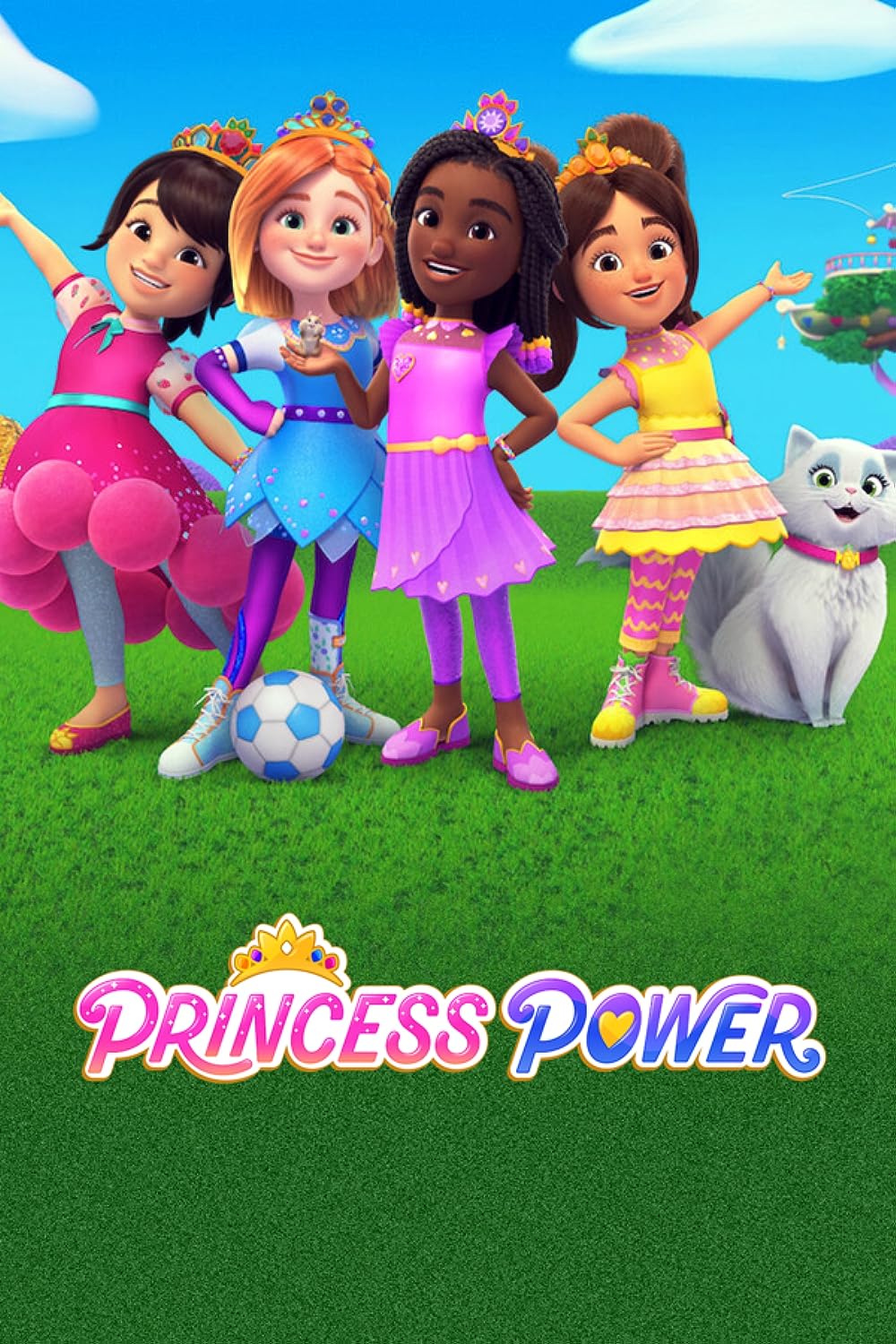 It tells the story of four princesses from major fruit kingdoms: Kira Kiwi, Beatrice Blueberry, Rita Raspberry and Penelope Pineapple. They embrace their differences to help their fellow fruitizens and make their world a better place. January 2nd is National Sci-fi Day, so here are some highly rated sci-fi books perfect for you to celebrate!

All Systems Red by Martha Wells

“As a heartless killing machine, I was a complete failure.”

In a corporate-dominated space-faring future, planetary missions must be approved and supplied by the Company. For their own safety, exploratory teams are accompanied by Company-supplied security androids. But in a society where contracts are awarded to the lowest bidder, safety isn’t a primary concern.

On a distant planet, a team of scientists is conducting surface tests, shadowed by their Company-supplied ‘droid–a self-aware SecUnit that has hacked its own governor module and refers to itself (though never out loud) as “Murderbot.” Scornful of humans, Murderbot wants is to be left alone long enough to figure out who it is, but when a neighboring mission goes dark, it’s up to the scientists and Murderbot to get to the truth.

A Psalm for the Wild Built by Becky Chambers

Centuries before, robots of Panga gained self-awareness, laid down their tools, wandered, en masse into the wilderness, never to be seen again. They faded into myth and urban legend.

Now the life of the tea monk who tells this story is upended by the arrival of a robot, there to honor the old promise of checking in. The robot cannot go back until the question of “what do people need?” is answered. But the answer to that question depends on who you ask, and how. They will need to ask it a lot. Chambers’ series asks: in a world where people have what they want, does having more matter?

On a cold spring night in 1952, a huge meteorite fell to earth and obliterated much of the east coast of the United States, including Washington D.C. The ensuing climate cataclysm will soon render the earth inhospitable for humanity, as the last such meteorite did for the dinosaurs. This looming threat calls for a radically accelerated effort to colonize space, and requires a much larger share of humanity to take part in the process.

Elma York’s experience as a WASP pilot and mathematician earns her a place in the International Aerospace Coalition’s attempts to put man on the moon, as a calculator. But with so many skilled and experienced women pilots and scientists involved with the program, it doesn’t take long before Elma begins to wonder why they can’t go into space, too.

Elma’s drive to become the first Lady Astronaut is so strong that even the most dearly held conventions of society may not stand a chance against her.

Hunt the Stars by Jessie Mihalik

The critically acclaimed author of Polaris Rising takes readers on an exciting journey with the start of her brand-new series about a female bounty hunter and the man who is her sworn enemy.

Octavia Zarola would do anything to keep her tiny, close-knit bounty hunting crew together—even if it means accepting a job from Torran Fletcher, a ruthless former general and her sworn enemy. When Torran offers her enough credits to not only keep her crew afloat but also hire someone to fix her ship, Tavi knows that she can’t refuse—no matter how much she’d like to.

With so much money on the line, Torran and his crew insist on joining the hunt. Tavi reluctantly agrees because while the handsome, stoic leader pushes all of her buttons—for both anger and desire—she’s endured worse, and the massive bonus payment he’s promised for a completed job is reason enough to shut up and deal.

But when they uncover a deeper plot that threatens the delicate peace between humans and Valoffs, Tavi suspects that Torran has been using her as the impetus for a new war. With the fate of her crew balanced on a knife’s edge, Tavi must decide where her loyalties lie—with the quiet Valoff who’s been lying to her, or with the human leaders who left her squad to die on the battlefield. And this time, she’s put her heart on the line.

A dazzling, inventive, and thought-provoking new novel from the ingenious author of Jennifer Government and Lexicon.

Gilly, Talia, Anders, and Jackson are astronauts captaining a new and supposedly indestructible ship in humanity’s war against an alien race. Confined to the ship for years, each of them holding their own secrets, they are about to learn there are threats beyond the reach of human ingenuity–and that the true nature of reality might be the universe’s greatest mystery.

In this near future, our world is at war with another, and humanity is haunted by its one catastrophic loss–a nightmarish engagement that left a handful of survivors drifting home through space, wracked with PTSD. Public support for the war plummeted, and the military-industrial complex set its sights on a new goal: zero-casualty warfare, made possible by gleaming new ships called Providences, powered by AI.

But when the latest-launched Providence suffers a surprising attack and contact with home is severed, Gilly, Talia, Anders, and Jackson must confront the truth of the war they’re fighting, the ship that brought them there, and the cosmos beyond.

The Collapsing Empire by John Scalzi

The first novel of a new space-opera sequence set in an all-new universe by the Hugo Award-winning, New York Times-bestselling author of Redshirts and Old Man’s War.

Our universe is ruled by physics and faster than light travel is not possible — until the discovery of The Flow, an extra-dimensional field we can access at certain points in space-time that transport us to other worlds, around other stars.

Humanity flows away from Earth, into space, and in time forgets our home world and creates a new empire, the Interdependency, whose ethos requires that no one human outpost can survive without the others. It’s a hedge against interstellar war — and a system of control for the rulers of the empire.

The Flow is eternal — but it is not static. Just as a river changes course, The Flow changes as well, cutting off worlds from the rest of humanity. When it’s discovered that The Flow is moving, possibly cutting off all human worlds from faster than light travel forever, three individuals — a scientist, a starship captain and the Empress of the Interdependency — are in a race against time to discover what, if anything, can be salvaged from an interstellar empire on the brink of collapse.

The First Sister by Linden A. Lewis

First Sister has no name and no voice. As a priestess of the Sisterhood, she travels the stars alongside the soldiers of Earth and Mars—the same ones who own the rights to her body and soul. When her former captain abandons her, First Sister’s hopes for freedom are dashed when she is forced to stay on her ship with no friends, no power, and a new captain—Saito Ren—whom she knows nothing about. She is commanded to spy on Captain Ren by the Sisterhood, but soon discovers that working for the war effort is so much harder to do when you’re falling in love.

Lito val Lucius climbed his way out of the slums to become an elite soldier of Venus, but was defeated in combat by none other than Saito Ren, resulting in the disappearance of his partner, Hiro. When Lito learns that Hiro is both alive and a traitor to the cause, he now has a shot at redemption: track down and kill his former partner. But when he discovers recordings that Hiro secretly made, Lito’s own allegiances are put to the test. Ultimately, he must decide between following orders and following his heart. It’s the start of a new year and we’re saying hello to our 2023 reading challenges!

Each challenge asks that you read 12 (or more!) books over the course of the year. We have paper challenge slips in the library’s lobby and the adult category-based reading challenge is also available for participation on Beanstack.

New this year, we have a kid’s version of the “Everyone’s Read it Except Me Challenge”! Download Here: Everyone Has Read It Except Me 2023 Kids Edition