Today we’re featuring books about or based on Kansas history!  These aren’t the only books we have available in this category but are ideas that can help you spark inspiration, help clarify the category, and (hopefully) make your decision easier.

West of Highway 81, there lies another Kansas. While it accounts for two-thirds of the state’s land area, it is sparsely populated and nearly desert dry. Before 1940, it was still distinctly rural-a place that some residents called the “Edge of the World.”

Several generations of the Miner family have lived and farmed in Ness County, providing Craig Miner with a rich and very personal backdrop for this heartfelt and compelling portrait of western Kansas. In Next Year Country he recounts the resilience of his fellow Kansans through two depressions and the Dust Bowl, showing how the region changed dramatically over fifty years-not for the better, some might say.

In this striking regional history, Miner blends the voices of real people with writings of small-town journalists to show life as it was really lived from 1890 to 1940. He has fashioned a richly textured look at determined individuals as they confronted the vagaries of raw Nature and learned to adapt to the machine age. And he captures the drama and vitality of rural and small-town life at a time when children could die in a blizzard on their way home from school, in a place where gaping holes of cellars and wells from abandoned homesteads posed real hazards to nighttime travelers.

No mere nostalgic reverie, Miner’s book chronicles the hard challenges to these Kansans’ ambitious efforts to create a regional economy and society based on wheat, in an area once thought only marginally suitable for cereal crops. His diverse topics include the history of agricultural experiment stations, new approaches to irrigation, and the impact of the tractor and the combine; the role of women’s clubs in developing culture, the growth of higher education, and the rise of the secession movement; and how people responded to pests, from prairie dogs to grasshoppers, and to radical groups, from the IWW to the KKK.

Next Year Country depicts the kind of rugged individualism that is often touted in America but seldom seen anymore, a testament to how people dealt with both Nature and transformative change. It is both a love song to Kansas and the best kind of regional history, showing that life has to be taken on its own terms to understand how people really lived. 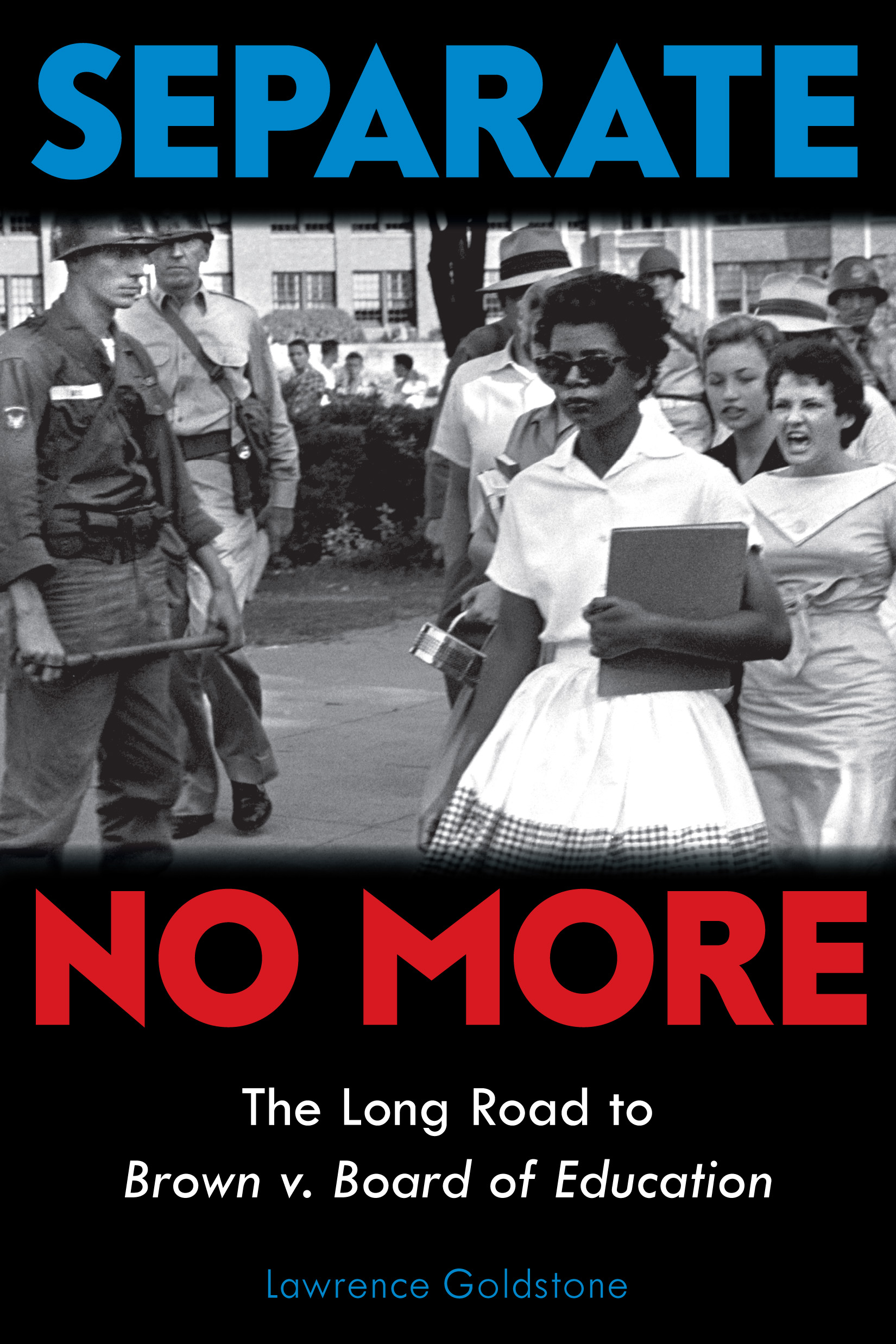 Critically acclaimed author Lawrence Goldstone offers an affecting portrait of the road to the landmark Brown v. Board of Education case, which significantly shaped the United States and effectively ended segregation.

Since 1896, in the landmark outcome of Plessy v. Ferguson, the doctrine of “separate but equal” had been considered acceptable under the United States Constitution. African American and white populations were thus segregated, attending different schools, living in different neighborhoods, and even drinking from different water fountains. However, as African Americans found themselves lacking opportunity and living under the constant menace of mob violence, it was becoming increasingly apparent that segregation was not only unjust, but dangerous.

Fighting to turn the tide against racial oppression, revolutionaries rose up all over America, from Booker T. Washington to W. E. B. Du Bois. They formed coalitions of some of the greatest legal minds and activists, who carefully strategized how to combat the racist judicial system. These efforts would be rewarded in the groundbreaking cases of 1952-1954 known collectively as Brown v. Board of Education of Topeka, in which the US Supreme Court would decide, once and for all, the legality of segregation — and on which side of history the United States would stand.

In this thrilling examination of the path to Brown v. Board of Education, Constitutional law scholar Lawrence Goldstone highlights the key trials and players in the fight for integration. Written with a deft hand, this story of social justice will remind readers, young and old, of the momentousness of the segregation hearings.

Fiction books based on Kansas History

In this novel authorized by the Little House estate, Sarah Miller vividly recreates the beauty, hardship, and joys of the frontier in a dazzling work of historical fiction, a captivating story that illuminates one courageous, resilient, and loving pioneer woman as never before—Caroline Ingalls, “Ma” in Laura Ingalls Wilder’s beloved Little House books.

In the frigid days of February, 1870, Caroline Ingalls and her family leave the familiar comforts of the Big Woods of Wisconsin and the warm bosom of her family, for a new life in Kansas Indian Territory. Packing what they can carry in their wagon, Caroline, her husband Charles, and their little girls, Mary and Laura, head west to settle in a beautiful, unpredictable land full of promise and peril.

The pioneer life is a hard one, especially for a pregnant woman with no friends or kin to turn to for comfort or help. The burden of work must be shouldered alone, sickness tended without the aid of doctors, and babies birthed without the accustomed hands of mothers or sisters. But Caroline’s new world is also full of tender joys. In adapting to this strange new place and transforming a rough log house built by Charles’ hands into a home, Caroline must draw on untapped wells of strength she does not know she possesses.

For more than eighty years, generations of readers have been enchanted by the adventures of the American frontier’s most famous child, Laura Ingalls Wilder, in the Little House books. Now, that familiar story is retold in this captivating tale of family, fidelity, hardship, love, and survival that vividly reimagines our past. 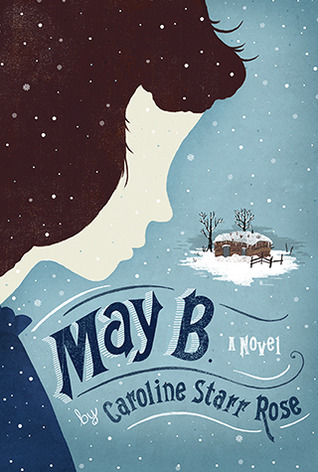 I’ve known it since last night:
It’s been too long to expect them to return.
Something’s happened.

May is helping out on a neighbor’s Kansas prairie homestead—just until Christmas, says Pa. She wants to contribute, but it’s hard to be separated from her family by 15 long, unfamiliar miles. Then the unthinkable happens: May is abandoned. Trapped in a tiny snow-covered sod house, isolated from family and neighbors, May must prepare for the oncoming winter. While fighting to survive, May’s memories of her struggles with reading at school come back to haunt her. But she’s determined to find her way home again.

Take a look at a list of more examples by clicking here!